Long, long ago, in the distant 90s, when I was a little child I left Russia. It was January. Snow lay in the streets. Two girls about ten years old were running through the hall of the small airport Pulkovo 2 in St. Petersburg, from where flights took off abroad. Despite the fact that they were completely different in appearance, they were like twins – they laughed the same way. It was time to say goodbye…

We hugged (as always), and then gave each other a hand in an adult way. “Strange. It doesn’t hurt,” I was amazed, looking into the gray-blue, slightly green eyes – the eyes in which my whole life was reflected.

And then there was a farewell to relatives before passport control. And I realized that now I would cross the line, that this is for good, that I am leaving my beloved city and leaving here my friend-sister, who is sick with leukemia. It seemed to me that I was committing a terrible betrayal. I didn’t even cry, I sobbed and said that I would not go anywhere, because I love it all so much!

My mother and I returned to Russia a year later. We arrived spontaneously. At first, I was not allowed to come into the hospital to see my dying friend. It was believed that children should not see this. But we persuaded the doctors. I believed that we would all save her together.

After that trip I rarely came to St. Petersburg. My Russia was in books, in the language I spoke at home, in the parents of my deceased friend. And in my heart.

But I didn’t leave the feeling that someday I would return. I followed what was happening in Russia: the defeat of NTV, Politkovskaya, Georgia, Ukraine, Nemtsov…

In 2012 I gave a seminar about Pussy Riot at the University of Cologne. Then I conducted a research of Teatr.Doc in Moscow.

The last time I flew to Russia was February 1, 2021. – I came to Moscow, because I could not help but do it. I wanted to see with my own eyes what was happening there.

After the terrible live broadcast of the arrival of Alexei Navalny on January 17, it was unrealistic to be in Sheremetyevo and go “the same way.” And the next day to see Moscow flooded with riot police.

Closed roads to the Moscow City Court. Car wagons. Detained people. And then: beatings of people a few kilometers from my location. Because of the blocked streets, I just didn’t get there.

A few days later I was standing on a wide bridge in Zamoskvorechye – in this completely Petersburg region. It was very cold. I stood there alone and looked at a foreign and unfamiliar Moscow, which in some incomprehensible way was becoming my home. I had a feeling of returning. Despite the fact that I was going to fly back to Germany. I looked at the frozen river and understood: something had changed in me. I realized that I had to do something. And still completely not knowing when, where and how this would happen, I felt that I would find like-minded people. 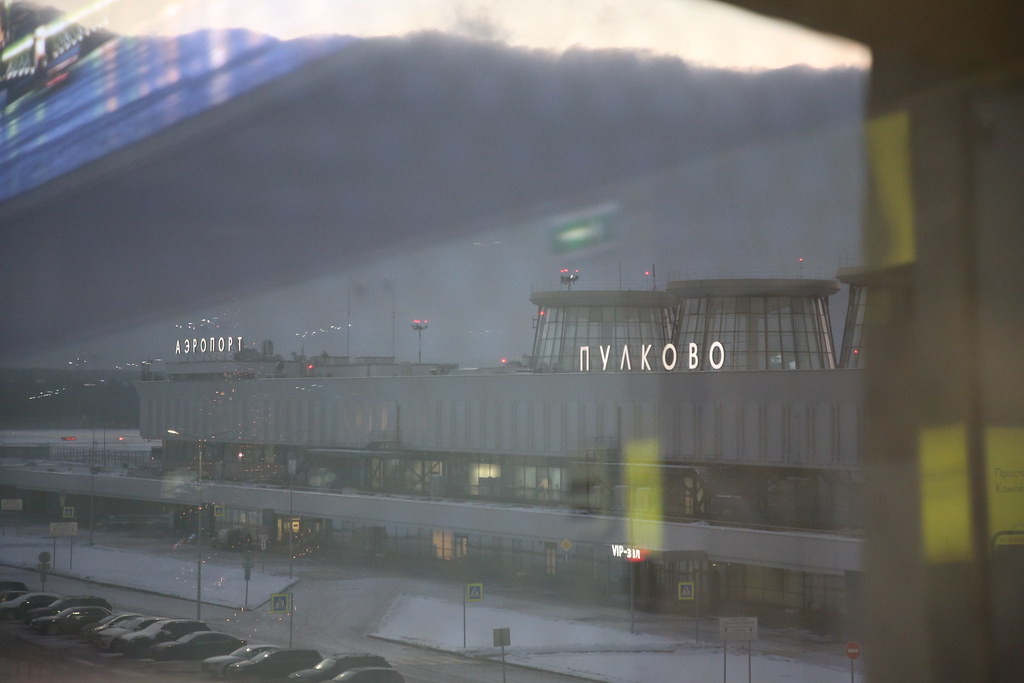 “Pulkovo Airport (Saint Petersburg) Russia” by AndreyFilippov.com is licensed under CC BY 2.0